Let me begin this post by saying I’ve never been a huge (yuge!) fan of the term ‘Golden Age’ in reference to a specific time period in Broadway history. This term implies that every show that came before or after the 1940s-60s is somehow ‘tarnished’. In reality, Broadway is a constantly evolving beast, and we’ve seen a plethora of wonderful musicals come and go on The Great White Way over the past 60+ years (along with some flops, as per usual). Recently, a few highly respected individuals in the theatre world like Jennifer Ashley Tepper and Scott Miller have proposed that we may actually be living in a NEW Golden Age of Broadway. Guess what? I completely agree. As a voice instructor and musical theatre repertoire/styles specialist, I have my own take on the state of musical theatre today. Below are seven reasons I believe we are truly living in a new ‘Golden Age’ of musical theatre (for lack of a better term). 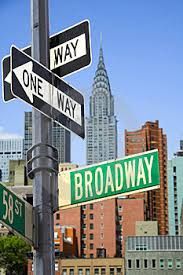 1. “Business is booming– I’m happy to say!” Let’s get money out of the way first, shall we? According to The Broadway League, 2014 was the highest-grossing year in Broadway history, with box-office receipts at $1.3 billion and attendance at more than 13 million. There seems to be a Broadway show for almost every theatre fan today, and that is certainly reflected in profits. Now of course, not EVERY modern Broadway musical has been commercially successful (far from it). However, it is a good sign that the theatre industry in New York City as a whole is thriving right now– especially when some critics were predicting the demise of live theatre only a few decades ago. Keep in mind that most productions are a lot more expensive to maintain today though. 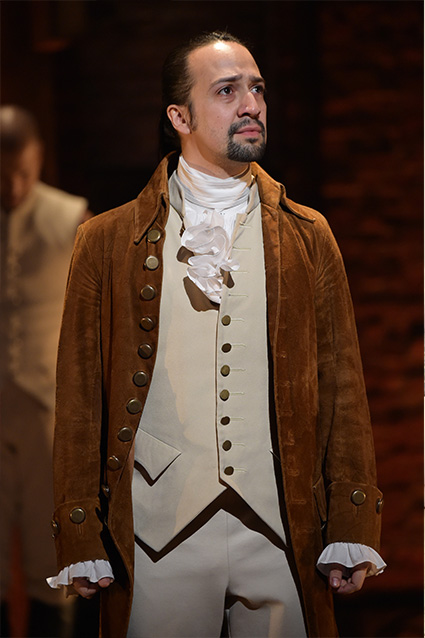 2. Broadway musicals are more stylistically diverse today than ever. The two most common complaints I hear about Broadway musicals today are: ‘they’re too commercial’ and ‘they all sounds the same’. There is some truth to the first statement. The walls between the pop/rock world and the musical theatre world continue to become thinner and thinner. However, this phenomenon has allowed Broadway musicals to thrive. As mentioned, it is incredibly expensive to produce shows on The Great White Way today, and musicals written by pop mega-stars like Sarah Bareilles and Sting help get butts in seats and draw individuals to the theatre world (plus, Waitress and The Last Ship are pretty great). As for the assertion that all Broadway musicals sound the same, that statement couldn’t be more false. Broadway productions today incorporate various musical and vocal styles ranging from classical music to pop, rock, hip-hop, etc.. If you don’t believe me, have a listen to the following song examples from several shows that premiered in 2015-2016: “Wait for It” from Hamilton, “When the Music Played” from Doctor Zhivago, “Ring of Keys” from Fun Home, and “She Used to Be Mine” from Waitress. 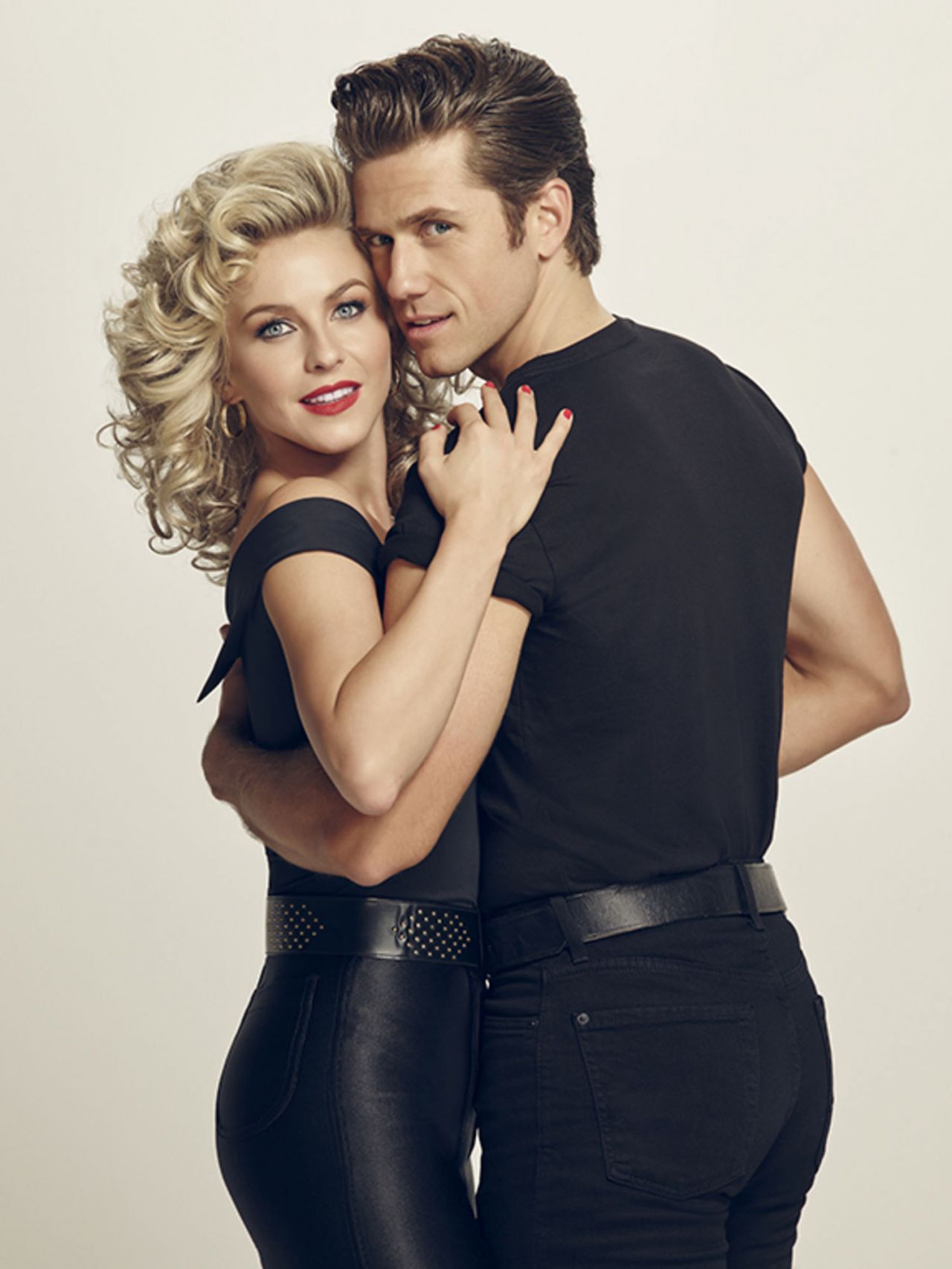 2. Film and television musicals are all the rage. With the exception of Disney animated films and two musical films inexplicably starring Madonna, the 1990s were basically a wasteland for film and television musicals. This changed when the 21st century rolled around. 2001 brought us cult musical films like Moulin Rouge! and Hedwig and the Angry Inch. However, it was Rob Marshall’s widely successful film adaptation of Chicago in 2002 that really propelled the genre back into the public spotlight. The movie was largely praised by critics and audiences alike and went on to become the highest grossing live action film musical in history at the time. Soon after, other film adaptations of stage musicals started popping up everywhere (i.e. The Phantom of the Opera, Rent, Dreamgirls, Hairspray, Hairspray, Mamma Mia!, Sweeney Todd, Les Misérables, etc.). Television networks eventually followed suit with musical TV shows like Glee, Smash, Nashville, and Empire. In recent years, live television broadcasts of musicals have become popular again as well (i.e. NBC’s The Sound of Music, Peter Pan, The Wiz, and FOX’s Grease). There is even a Netflix-like streaming service for Broadway musicals now! 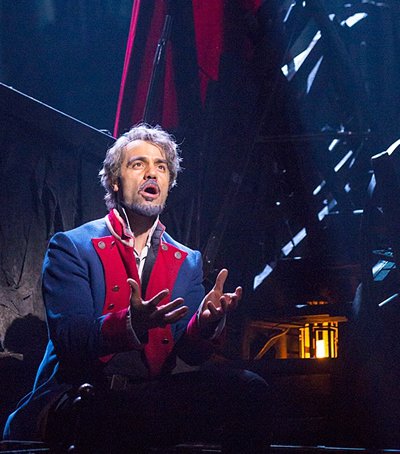 3. The age of ‘Pop Operas’ has passed. In the 1980s, Andrew Lloyd Webber and Cameron Mackintosh ushered in a Broadway era characterized by an influx of musicals written by European creative teams. These shows often featured large casts, lavish sets, dramatic and historical-based storylines, sung-through scores with ‘lush’ orchestrations, sweeping pop-influenced ballads, and a form of vocalism at least partially influenced by both classical music and popular music styles. Indeed, shows like The Phantom of the Opera, Les Misérables, Chess, and Miss Saigon were a major departure from the traditional, American book-driven musicals and musical comedies that dominated Broadway earlier in the century. American songwriter Frank Wildhorn also premiered a trifecta of Broadway musicals in the mid-late 1990s which can be characterized as pop-operas (Jekyll & Hyde, The Scarlet Pimpernel, and The Civil War). Aside from revivals, the popularity of these type of shows faded in the early years of the 21st century thanks in part to the appearance of contemporary musical comedies like The Producers, Urinetown, Avenue Q, and others. These shows ushered in a return to Broadway’s pre-pop opera roots. Fortunately, there is still room for all types of shows on The Great White Way today though. 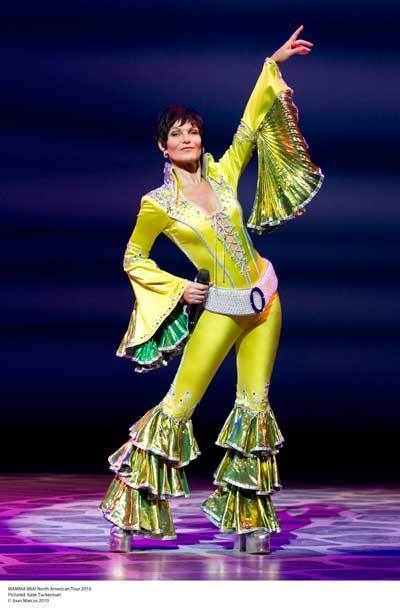 4. Fascination with jukebox musicals appears to be fading. Unlike some individuals, I don’t actually hate jukebox musicals as a genre. However, they by-and-large aren’t my cup of tea. While it’s true that just about everyone loves listening to good tunes they’re already familiar with, those tunes often come at the expense of clear storylines and character development when it comes to jukebox musicals. Mamma Mia! really kicked off the modern fascination with these type of shows, and jukebox musicals packed Broadway in the first decade or so of the 21st century (i.e. Movin’ Out, The Boy from Oz, All Shook Up, Jersey Boys, Ring of Fire, Rock of Ages, American Idiot, Baby It’s You!, etc.). Notably, not all jukebox musicals have been financially successful. Today, the public fascination with these type of shows seems to be fading. The only truly successful, new-er jukebox show on Broadway right now is Beautiful: The Carole King Musical (Jersey Boys has been around for over a decade). Producers today seem more interested in investing in musicals with original music. Although jukebox shows will likely continue to have a place on Broadway moving forward, they are no longer the overwhelming force they once were. 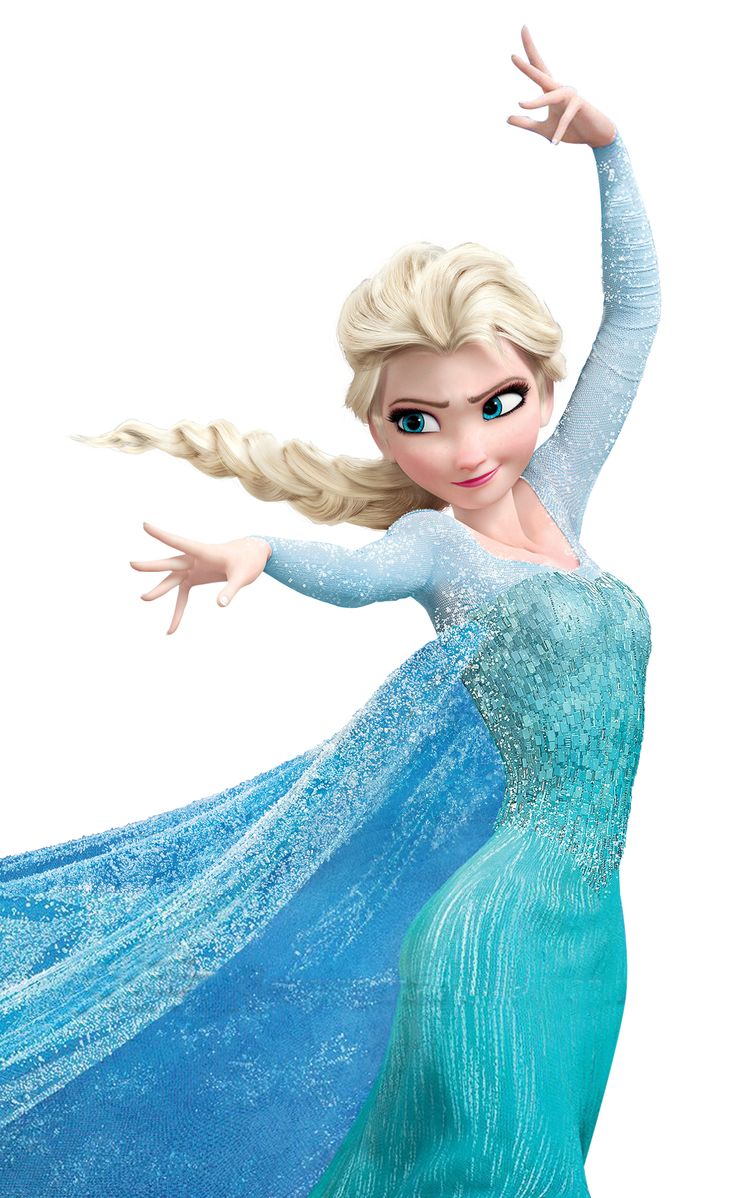 5. The Second Disney Renaissance is here. After a string of successful ’90s animated film musicals featuring scores by Broadway songwriters like Alan Menken, Howard Ashman, and Stephen Schwartz, Walt Disney Studios hit a wall in the early years of the 21st century. Between 2000-2009, the company failed to produce a single commercially successful animated film– unless you count Pixar flicks. Enter Tangled in 2010. With a score by Disney and Broadway veterans Alan Menken and Glenn Slater, Tangled re-launched the company’s animated musical brand to great success. That movie was followed by Frozen, an even BIGGER international hit for the studio. Notably, Frozen features music and lyrics by husband-and-wife Broadway songwriting team, Robert and Kristen Anderson-Lopez. We can also expect great things from Disney’s upcoming animated film musical, Moana (with music and lyrics by Lin-Manuel Miranda of Hamilton and In the Heights fame). The company has done quite well for itself on Broadway as well. Since the 1990s, Disney Theatrical Productions has produced nearly a dozen stage musicals there— with no sign of stopping. While some critics have decried the ‘Disneyfication’ of musical theatre in recent years, there is no doubt that the company has made Broadway a more family-friendly and accessible place. 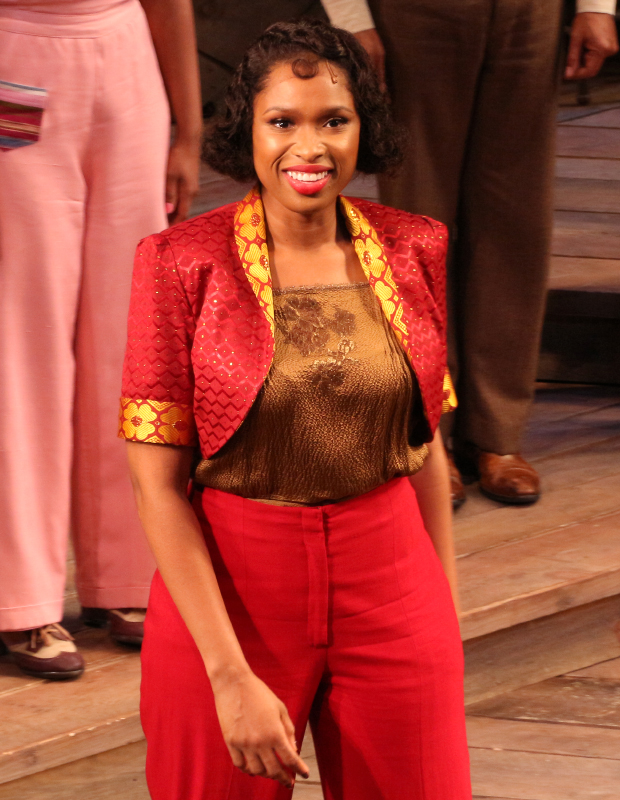 6. Diversity, diversity, diversity. Broadway is of course still a long way away from achieving REAL diversity. In fact, there was a panel on this very topic at the first-ever BroadwayCon recently. Broadway show casts and creative teams still remain disproportionately white as well. Even so, there have been signs of positive change recently. Hamilton has really been shaking things up for the better, and the Broadway revival of The Color Purple starring Jennifer Hudson has been warmly-received as well. 2015 was also a watershed year for female musical theatre creators. For the first time in history, an all-women creative team won the Tony Award for Best Original Score in a Musical (Jeanine Tesori and Lisa Kron for their musical, Fun Home), and three female composers had shows on Broadway during the same season (Jeanine Tesori, Lucy Simon, and Barbara Anselmi). Over the past few years, trans actress and producer Shakina Nayfack has spearheaded a ground-breaking development program for new musical theatre writers in New York City called Musical Theatre Factory– while becoming an icon for the trans theatre community herself. Progress may be slow, but it is happening. 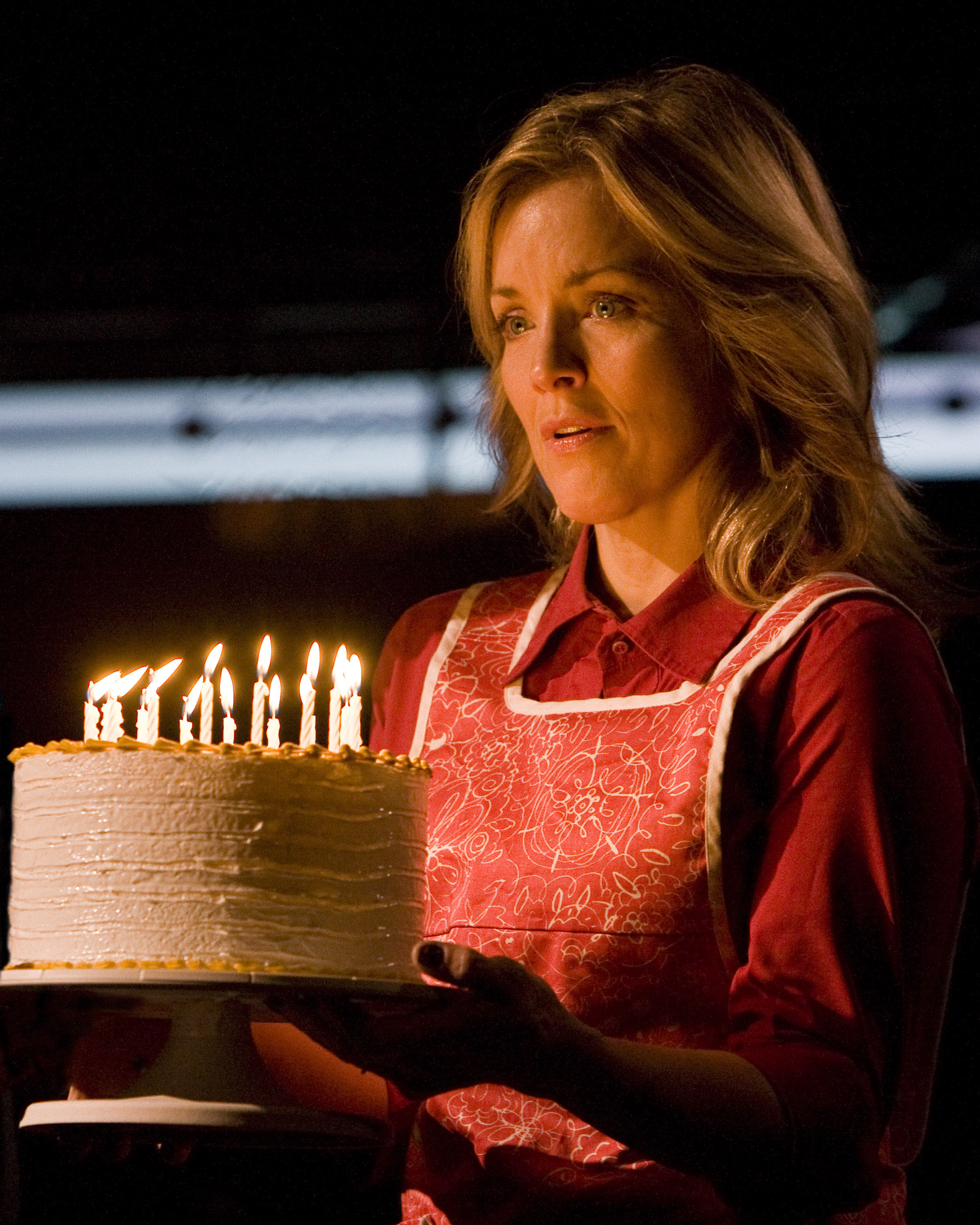 7. Theatre is socially relevant and wide-reaching. Yesterday, Hamilton became the ninth musical in history to win a Pulitzer Prize. That is a very big deal. Recently, the cast and crew were invited to perform at the White House by President Obama himself as well. Only five years ago, the musical Next to Normal also won a Pulitzer Prize– in part for its sincere depiction of mental illness. Musicals aren’t just fun, campy, escapist vehicles anymore (though there are plenty of those still). Many shows out there today make us think and force us to relate theatre to our own lives. Perhaps no one knows this better than Scott Miller, a musical theatre historian/author and the artistic director of New Line Theatre in St. Louis. Scott is one of the leading proponents of socially relevant, contemporary musical theatre today, and I always follow his work with interest. The fact is, musical theatre is no longer confined to New York City (or even the United States), and it hasn’t been for quite a while. Musical theatre is now a global phenomenon that continues to shape the lives of many. How great is that?

Whether you love or hate some of the things I’ve mentioned above, the old adage remains true– “Adapt or die”. Fortunately, Broadway has done the former– in most cases for the better– and I can’t wait to see all the exciting things this NEW Golden Age of Musical Theatre continues to bring us.